Fake news and alternative facts, are they the future of news?

With the election of Trump, the shock Brexit result and the potential end of the Merkel government in Germany, all occurring despite mainstream media support, does raise the question of whether the power of influence of traditional media is diminishing.
In this era of ‘alternate’ facts and ‘fake’ news there is no question that how we are influenced by media has changed.
Where once we looked at our well known news mastheads, national broadcaster, or commercial news networks with confidence, today we seem to view these organisations through a prism of distrust.
What has been the underlying change in this philosophy, as there is no question that whether we seek news from the ABC, News limited, Fairfax or commercial television or radio, the reality is that some of the highest quality editorial controls will have been applied.
Certainly, far more so than the dodgy and outright ‘fake’ news sites that seem to proliferate social media, with their never ending stream of completely untrue or misleading news.
So why is it that we are so much more inclined to accept as real, a news item in our Facebook feed, whilst either ignoring or questioning news from mainstream sources?
The answer lies in us. We as humans are herd creatures, we want to part of a pack. You will see this in a doorway of a busy train, with our instincts to pack in with the herd rather than branch out on our own down the aisle.
Such instincts also impacts our opinions, with the exception of the devout contrarian, as we like people to agree with us. And the clever people at Facebook and Twitter are more than aware of this.
So as you surf the web and seek out information, they become attuned to what you like, your thoughts, views an opinions of the world.
Hence the news and information that bob up within your social media feeds are in line with your thinking. Be someone who is a fan of Donald Trump and presto’ you will be positive Trump news, want to save the whales and enviro’ friendly news will appear.
What this means when we link back to the influence of traditional media is that we no longer have to turn the pages of the newspaper, or watch through segment after segment of TV news, to get to the news we want.
By viewing the news we want, we greatly limit being exposed to a view point that could potentially challenge, or at the least have us question our own.
Even in the when we are exposed it is now easy to say, that’s and ABC or Murdoch bias, allowing us to ignore the new perspective.
It permits those who are running negative type campaigns, such as leaving Europe, ending immigration, or throwing muck at political opponents, a much easier road to achieve their goals as spreading falsehoods or half-truths is so much easier.
It is how Trump wins, Brexit happens and One Nation runs at 20% of the vote in northern Queensland.
It plays to the fears of the community and if unchallenged one can become convinced that Hillary’s a crook, Europe is a cess pool and Sharia law in Australia is around the corner.
It is a frightening consequence of the ease of accessing information online, as we no longer need to seek out multiple views or opinions, instead we can easily reinforce a view we have or one we want to believe, regardless of whether how true it is.
So how does these multiple information platforms impact the influence of traditional news?
The answer is that whilst still influential, it is a diminishing influence and will mean that the once converted editorial tick for a political party will not hold as a high a priority as the creation of content that can manipulate the formation of your political views, whilst in the social media space. 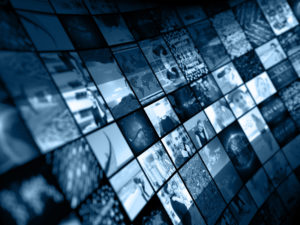 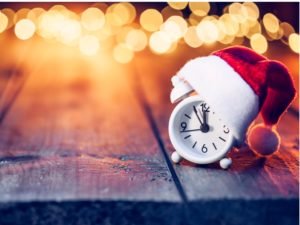